You Can Now Trade PlasmaPay Token on Bithumb Global and Uniswap

In tandem with the token listing, PlasmaPay has launched Plasma.Finance, the DeFi dashboard, and portfolio management service. It reveals an incentive program for liquidity mining and pre-staking. The PPAY (ERC20) token is integral to the platform and can be used for purchases and incentives within Plasma.Finance, incurring zero transaction fees. Linked with each Plasma.Finance DeFi contract, PPAY enables: swaps, rewards, liquidity mining, staking, and governance. PPAY can also be used as collateral for lending, or be borrowed by providing other collateral. By holding PPAY, users will be able to participate in project governance including voting for fees, protocol changes, and updates, and deciding upon the future direction of the Plasma DeFi protocols by resource and fund allocation.

“This is a significant milestone for PlasmaPay, with our PPAY token listing on Bithumb Global, South Korea’s best-known exchange, and Uniswap on the same day. It is yet another indicator that the decentralized financial economy is fast approaching,” said Ilia Maksimenka, Founder and CEO of PlasmaPay. “Helping PlasmaPay to cement itself in the Asian market, Bithumb Global’s support is furthering our goal of bringing DeFi to the masses with language support for Korean, English, Spanish, Hindi, Chinese, and Japanese.”

Through the PPAY all-in-one DeFi token, the rapidly growing PlasmaPay community and applications have access to rewards, staking, and governance. Built on the Plasma Chain, a first layer protocol optimized primarily for cross-border payments and digital currency innovation, PlasmaPay will now be able to offer its many benefits, from zero transaction fees to industry-leading UX, to the 8 million Bithumb Global and Uniswap customers. 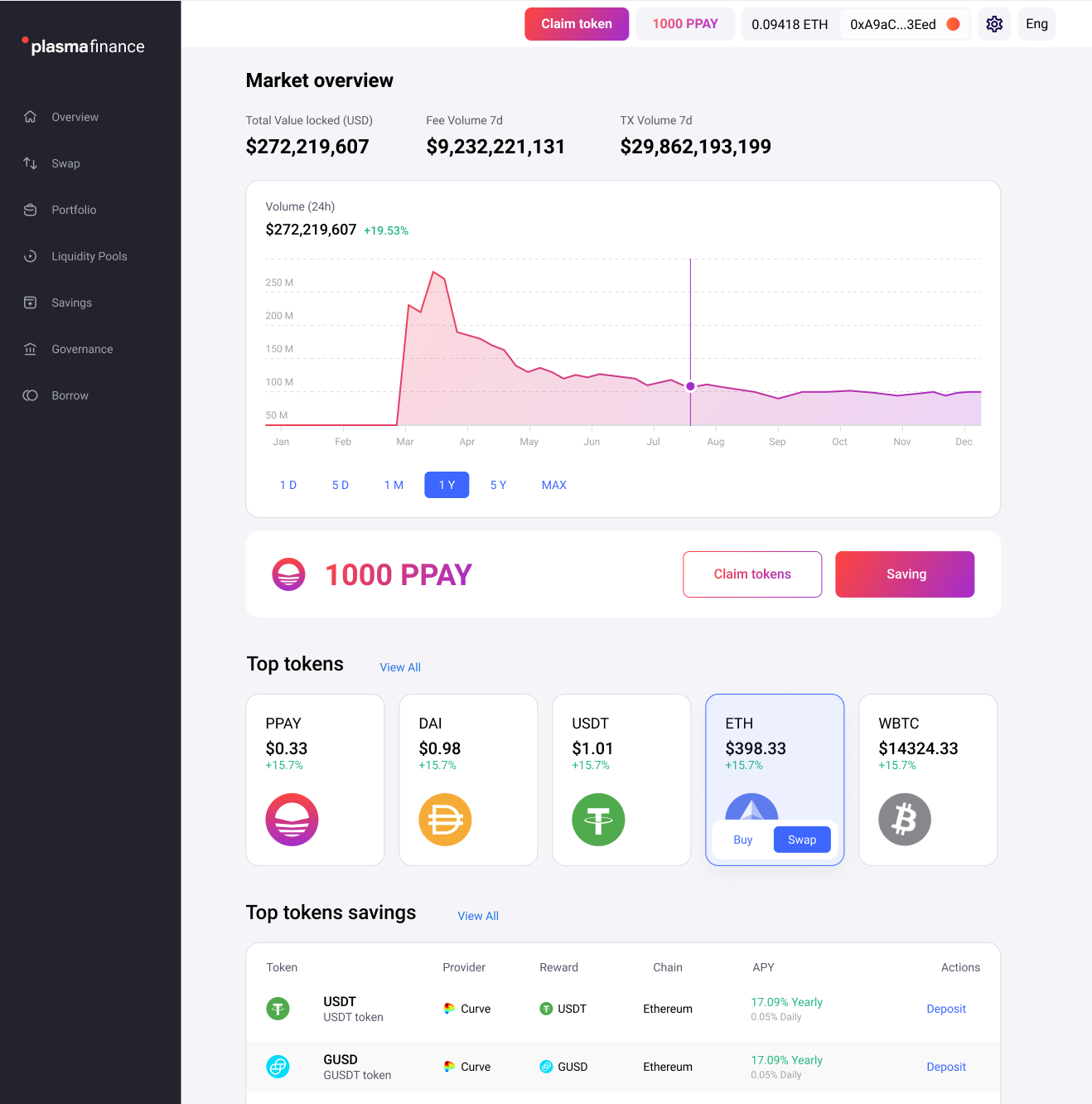 Launched in January 2014, Bithumb Global has become the largest cryptocurrency exchanges in Korea with the most traded volume in the world by January 2017, just three years after launch. With low fees, real-time data charting, a trio of spot trading options (easy, general, reserved), mobile support and brick and mortar support center, it is also the most popular cryptocurrency trading platform in South Korea.

Bithumb Global Managing Director, Javier Sim, said, “As the market leader in South Korea, one of the most technologically advanced countries in the world, with a strong history of innovation, we are delighted to facilitate further functionality through token listings like PlasmaPay. A rising star in the DeFi economy, PlasmaPay is the first project to launch a DeFi aggregator platform with its own Swap and DeFi protocols, and fiat ramps. ”

Uniswap is a decentralized exchange protocol for automated liquidity provision on Ethereum which empowers developers, liquidity providers, and traders to participate in a financial marketplace that is open and accessible to all. Uniswap raised $11 million in Series A funding in June 2020. The round was led by Andreessen Horowitz.

The listing comes off the back of a number of recent partnership announcements from PlasmaPay, including Elrond and Kava Labs, as the platform continues to develop access to digital assets for novices to blockchain experts across the globe.