When blockchain technology was first proposed by Stuart Haber and W Scott Stornetta in 1991, few people imagined how relevant the technology would eventually become. While it took some time after the launch of Bitcoin in 2009 for blockchain skepticism to turn into curiosity, the blockchain market would eventually be worth over $4.8 billion. Today, blockchain is accepted as one of the most disruptive technologies out there, with new use cases emerging every day.

Unfortunately, despite increasing adoption, blockchain has struggled to be applied to everyday applications due to its technical complexity. Not only do most blockchain-based applications require users to make use of specialized tools like digital wallets but it also fails to be perceived as “beneficial” by most users. This is the result of blockchain often being associated with applications like cryptocurrency and NFTs, which have gained a negative reputation due to high speculation and mainstream media’s misunderstanding of the technology.

It is not a surprise that industries like gaming have become one of the most important drivers of mass adoption. Not only do video games have an important synergy with blockchain technology but the gaming community is composed of tech-savvy users and early adopters. This has prompted blockchain evangelists and developers to look for other sectors with the potential to drive mass adoption, with many finding that social media might be just what they are looking for.

Not only does over 59% of the global population uses social media an average of 2.5 hours a day but the industry also has much to gain from integrating blockchain technology. With concerns around privacy, security, and centralization on the rise, blockchain could offer a lifeline to existing social media platforms. Unfortunately, traditional social media might be far too gone to be fixed, meaning that a complete overhaul of how we think about social media might be needed.

This belief is what motivated Joonatan Lintala and Tomi Fyrqvist to launch Phaver, a decentralized social media platform that seeks to offer an alternative for those looking for a fairer social media experience. The two entrepreneurs had seen firsthand how the paid social industry worked in the background by compromising user privacy, security, and mental health.

“The final straw was when he [Joonatan ] got a call from his upset grandmother who had been kicked out of Facebook and Instagram for accidentally changing her age to under 13 in the settings, reminding that even as your online social life now often surpasses your physical one, users of web2 do not own any of it but 10 years of networks or entire livelihoods can be wiped out by one wrong click or tweet.” Says Tomi, who now serves as the startup’s CFO.

This issue with true ownership is nothing new in the world of tech, as companies have complete control over their user’s accounts and assets when using their platforms. From video games to the financial sector, users have struggled to take ownership of their digital assets for too long. A recent example of this is the controversy around PayPal’s decision to freeze over $1.3 million when blocking a startup’s account.

The social media space is familiar with such situations with platforms like Facebook and Twitter having opted to ban users like Donald Trump, as well as providers like AWS choosing to block Parler. While people might agree or not with such decisions, the fact that a few people in a social media network hold so much power is seen as absurd by most free-speech advocates.

Phaver tackles this by introducing a Decentralized Autonomous Organization (DAO) model into its platform, allowing its users not only to shape the future of the platform but also to write the rulebook. This has the benefit that it is the community that chooses what is accepted and what is not, taking the power away from a few individuals who might be biased. The DAO structure also means that users will be benefiting and profiting from the platform’s dual-token monetization approach, incentivizing them to create a fairer platform.

Phaver makes use of Non Fungible Tokens (NFTs) to create users’ profiles, effectively giving users the keys and allowing the startup to provide the lock, setting it apart from other blockchain social media projects. To achieve this, Phaver partnered with Aave at the time when Lens Protocol was being launched. This partnership allows Phaver not only to operate as part of a communal warden where content flows freely between apps but also to capitalize on being the first mobile

“Unlike many x-to-earn projects, in social there is genuine value creation happening which allows a balanced economy not reliant on ponzinomics or asking each new user for a high entry fee in the form of NFTs or other tokens,” says Joonatan. ”This also empowers a much wider audience to access the earning potential around the world and creates a more egalitarian system.”

Phaver believes that Web3 will be the future of the internet, which is consistent with the beliefs of thinkers like Naval Ravikant and internet creator Sir. Tim Berners-Lee. By bringing the benefits of blockchain to an industry in need for change, the startup has a unique opportunity to show just how valuable blockchain is while also introducing the technology to millions of users in an easy manner. 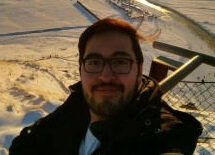