The Web3 Winners from the FIFA World Cup 2022

After an epic final with Argentina beating France in penalties, the stunning display of football skills at the World Cup this year is sure to go  down in history. From effortless Messi with his legendary status to the powerful boot of Mbappé, there were thrills from every angle. The World Cup matches gave us a welcome reprieve from the gloomy news and a reason to smile with football fans around the world.

The tournament began making the headlines for all the wrong reasons earlier this year. There was backlash for their choice of venue, the location not reflective of the spirit of unity associated with football and football fans. However, as the matches began the negativity dissipated and the community spirit came alive once again.

So how did the world of Web3 get involved in the action? With the cracking games now sewn into the history books, it is time to take a look back on the Web3 winners from the World Cup.

From the start, FIFA as an organisation and fans already familiar with NFTs began to sink their teeth into the world of football in Web3. Throughout the tournament leading Web3 projects have been bridging the gap between sports fans and virtual worlds. Although over 1.5 fans gathered physically in Qatar to experience all of the live action, many fans united online to show their support for their favorite players, teams and countries.

As demand for NFTs reached a scorching point in 2021 so too did the opportunities for sports fans to get involved in the space. The introduction of fan tokens, NFT collections and communities began to proliferate the blockchain world. Projects like Sorare and Chiliz dominated the fan engagement arena.

Five major Web3 organizations jumped head first into the excitement of the World Cup. Upland Metaverse, Binance, Crypto.com, OKX and Algorand realised the power of fandom to bring about positive sentiment to all Web3 communities.

Upland Metaverse became an official partner of the FIFA World Cup, launching a multi-year partnership in the metaverse that gives football fans a way to collect, trade and own FIFA digital assets and World Cup highlights. The platform linked to real-world locations has over 3 million registered users and has already sold over 100,000 World Cup bundles that include 400,000 FIFA NFTs. The unique digital assets are selling out minutes after being released with fans snapping up the dedicated World cup bundles plus digital flags, statues and decor for their Upland real estate.

FIFA also announced the addition of FIFA World in Roblox, the online gaming giant. The hope is to create new immersive experiences for fans where they can use virtual environments as social hubs to collect digital assets and also earn rewards.

Adding to the magic of this year’s World Cup is that many believe that this is football giants Cristiano Ronaldo and Lionel Messi’s last World Cup before they retire. Binance partnered up with Superstar, Cristiano Ronaldo, to bring a celebrity flavor to the NFTs of the World Cup. Each NFT statue depicts Ronaldo in an iconic moment from his life, from career-defining bicycle kicks to his childhood in Portugal. As part of the World Cup campaigns they launched Football Fever with leading fan token platform Chiliz. They also teamed up with football legend Neymar to promote his exclusive NFT collection.

Crypto.com and Coca Cola were late to the party and have just announced that they will launch an NFT collection inspired by the FIFA World Cup.

OKX, one of the world’s biggest cryptocurrency exchanges created the OKX Football Festival to coincide with the tournament. It includes an NFT game, a trading competition, and special staking deals on the platform with a prize pool of $3 million. The game is called the NFT Football Cup and is free to join and rewards users who support their favorite teams. Show your support for your favorite team for the chance to win.

Algorand was another official partner announced by FIFA with a dedicated NFT collection titled FIFA + Collect, available on FIFA+, the digital platform created to connect football fans across the globe more deeply with the game. FIFA+ already provides access to live football matches from every corner of the world, interactive games, news, tournament information, and unrivaled Original content – delivering truly global storytelling around the men’s and women’s game.

As consumers move away from passive content towards more engaging digital experiences, the metaverse is in a position to offer sports fans immersive ways to interact with their favorite teams and players. Upland Metaverse have successfully embedded football culture into their streets and may even have even promised fans that they will recognise the winning  team their longer term planns with the introduction of a brand new city next year.

Whatever the outcome of this year’s World Cup tournament, the signs that fans are willing to explore and engage with new technology are clear. From digital assets as trading cards to decorating streets with digital merch in Upland Metaverse, the future of fandom is diverse. Fans and players will celebrate football in both the physical and virtual world. 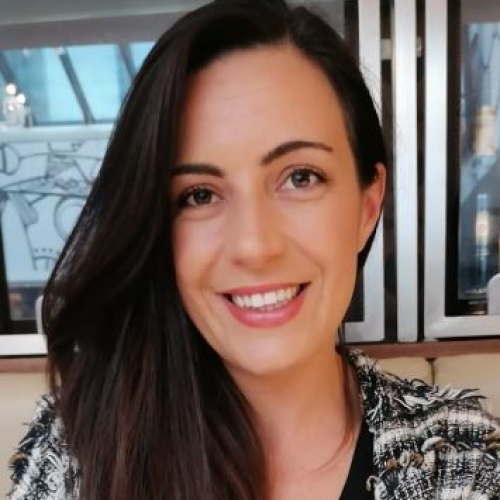