The Inevitable Rise of Super Apps

Super Apps was first conceived by Blackberry founder Mike Lazaridis in 2010. With his remark on having “the best app instead of the largest quantity of apps,” he unknowingly foreshadowed that the services provided by many different apps can be combined into only one app. For products, technologies, and marketing teams newly introduced to the concept of Super Apps, it is time to prepare your platforms and services for this new and exciting business model. 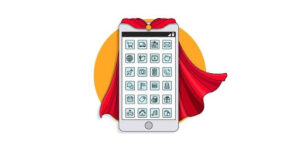 With numerous apps we use frequently, check occasionally, or cannot even use because we have forgotten our login credentials, it did not take too long for our smartphones to become app dumps. In 2009, brands started competing on the App Store to gain user attention in the mobile world by making serious investments in technology and marketing. Currently, the competition has escalated to a point where the sheer quantity of apps results in storage issues in users’ mobile devices. On the other hand, the increasing frequency of news stories involving data vulnerability and theft causes greater concern regarding our data security. Upon sharing personal information and usage behavior with every new app, users expose themselves to a scenario in which they must trust a new entity to which they disclose their data.

WeChat, founded in 2011 as a messaging and social networking app developed in China 2011, addressed this shortcoming by incorporating payment (via WeChat Pay) and shopping services and becoming an early example of a Super App. In 2021, WeChat was reported to be the most popular app in China, with 1.24 billion users. 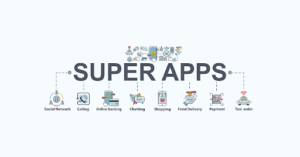 Industries being transformed by Super Apps

With the global spread of the Open Banking model, banking businesses need new products and market strategies. To fulfill this need, financial technology companies and insurance firms now offer the experience of an ecosystem rather than a singular experience as they model their mobile presence as Super Apps.

Revolut is the best financial Super App example worldwide, valued at $33 billion in 2021. Following its integration and cooperation with various partners in the finance industry, Revolut has become a full-on Super App that provides a diverse array of features, such as the newly announced accommodation booking services.

In Turkey, Getir and Istanbul Yours, the latter of which is the app released by the Metropolitan Municipality of Istanbul in collaboration with KOBIL, are examples of successful Super Apps. In addition, companies such as Hepsiburada and Vodafone, as well as major banks operating in Turkey, are taking noteworthy steps to align themselves with the Super App model.

Offering convenience features and means of social benefit to Istanbul’s millions of inhabitants, Istanbul Is Yours is an exemplary urban Super App that can serve as an inspiration to other cities around the world. To gain more insight into the concept of Super Apps, I reached out to İsmet Koyun, the CEO of KOBIL, the technology provider of the Istanbul Senin city app. With diligence and visionary thinking, Mr. Koyun could inspire young entrepreneurs from all backgrounds. The technology company he founded as a student in 1986 in Germany is still expanding globally, especially in the United States, Germany, and Turkey.

Why do you prefer to use the term “Secure Super App” instead of “Super App”?

İsmet Koyun: “We created a ‘scaffold application’ which offers a complete service ecosystem using a single integrated interface and platform. Our security systems are a major part of this ecosystem’s Super App infrastructure. Because Super Apps store and process significant amounts of data, the issue of security is of vital importance.”

In which industries is the demand for Super Apps higher?

İsmet Koyun: The competition is fierce in this area. The demand from banks and insurance companies in the US and EMEA markets is incredibly high. We are currently working with five different global banks and three major insurance companies in these markets. We continue developing Super Apps with our customers from Turkey in the retail and banking industries. Thanks to the infrastructure KOBIL Shift provides, the security of all the users is ensured with our patented 14-layer security systems. With this infrastructure, they can securely offer essential features such as authentication, digital signature, marketplace, and payment processing with a single integration. This single integration also helps reduce the cost of developing and maintaining new technologies.

In the last section, I think it is appropriate to share some successful Super App businesses worth keeping track of.

An app with at least two high-frequency use cases or functions would prove that it is a successful Super App use case. With 150 million users, the upcoming potential Super App for Indian consumers is PhonePe. PhonePe users prefer to use at least two services: payments, messaging, online shopping, and grocery delivery.

Finally, with over 48 million users in 13 countries in the Middle East and North Africa, Careem used to offer transportation services like Uber but now offers many features such as transportation, food, shopping, and delivery simultaneously. The way I see it, not only the financial industry but travel, news and media content providers, publishers, and accommodation booking industries are also about to create their own industries’ Super Apps.

Cigdem Oztabak
Cigdem Oztabak is a freelance tech journalist. She is a marketing consultant, tech and Web3 enthusiast, and writer, areas in which she has contributed to several projects. She covers new economies, niche startup projects, technology, and marketing news. She currently lives in Puerto Rico. leads various studies and researches aimed at increasing the technology literacy of women in Turkiye.