Kingdomverse has arrived with its first offering, the mobile game Defend The Kingdom, which will be offered to the Monkey Kingdom community as a closed Alpha before its full launch.

Kingdomverse is the first metaverse to bridge the metaverse with casual mobile games, a complete ecosystem that offers fun, dynamic games within a 3D virtual world. Players can experience the interactive and immersive metaverse while having the opportunity to engage in a variety of different games and enjoy play-to-earn opportunities.

At its core, Kingdomverse is a strategy game. Within Kingdomverse, players can create and own their individual Kingdoms. Serving as players’ homebases, players develop and customize their own realms to battle against other players and earn more rewards. Each individual Kingdom becomes a community unto itself, with other players invited to join a Kingdom of their choice by staking NFTs and becoming a citizen, while helping to develop and battle against other communities. Together, these communities within each Kingdom can play casual mobile games together as well, to unlock in-game assets such as new buildings, armor and items that will give their Kingdom the edge over their rivals.

Defend The Kingdom will be a casual tower defense game. Players will assemble a team of 5 heroes of “Legends” and battle against enemies in two modes, player versus player (PvP) or play with their friends in Co-op mode. Monkey Legend holders can win exclusive prizes and rewards that include upgrades to their NFTs. Furthermore, the closed beta will serve as a trial run in lieu of the full launch later this year, which will include play to earn opportunities in the form of a dual token system.

With the closed alpha launching, step into the world of mobile gaming with the launch of “Defend The Kingdom” mobile tower defense game. Rewards and prizes for top ranked players await, as the Monkey Legend NFT collection comes alive on screen. Closed alpha launch will be up to win exciting prizes and rewards depending on their rank and progress throughout the week. These rewards include limited edition cosmetic upgrades to NFTs, physical items and official collectibles. 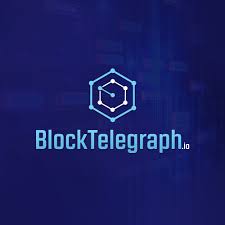