Ohio was the “first in flight.” Now it claims to be the first to accept cryptocurrency.

BlockTelegraph caught up with James Cooper, a Professor of Law at California Western School of Law in San Diego and co-founder of the One World Blockchain Alliance, to get a firm read on what the news means for investors and retail consumers alike.

What, exactly, happened in Ohio?

Last week, Ohio announced it would become the first state that will allow businesses to pay their taxes in bitcoin. It is a visionary initiative by state treasurer, Josh Mandel to marry crypto with what he can control. It is interesting because it is happening at a time when things are down from last year in the cryptocurrency space. At the same time, it shows that the industry has to go through a maturity process which includes the need to go through regulators, one of which being the city treasurer at a local level to the SEC at the federal law. Just like in other areas, such as corporate law and tax law, no one authority has oversight on everything because there are different elements.

Do you treat crypto like a currency? A utility? A security? A commodity? What about blockchain? A technology? Depending how it’s structured and what your perspective is it becomes a different legal matter. What Ohio is doing is saying that they will accept in part, under certain conditions, Bitcoin as a way of paying taxes. That is a big deal. The tokenized economy is now affecting taxpayers, which is a great thing because now it’s being regulated. Even though it’s only affecting corporate taxes, it’s recognizing that there is an alternative of sorts of wealth, or at least a value to cryptocurrency and blockchain.

In addition, this action shows that Ohio is not only willing to be in a conversation about cryptocurrency, but lead a conversation regarding a tokenized economy that is happening at many different levels of governance. Especially since the SEC has been silent on the issue. Therefore, for Ohio this move is a competitive advantage to bring business to the state.

Why should every day consumers in Ohio take note?

Everyday consumers should take note because as taxpayers they should care that taxes are being allowed to be paid in cryptocurrency. A form of government is saying that there is a way for cryptocurrency to be used to pay taxes. Levying taxes is a sovereign right, so accepting payment in crypto is a big deal. As taxpayers and citizens of Ohio, people there should care because for example, how will it be converted into the the general services budget? But what mechanism or exchange? Is this the same mechanism that can be used by bad actors? The fact that governmental authorities are willing to play in this space is a big deal.

We can only hope that if businesses are paying taxes Bitcoin, then they have to be declaring what they make with the currency. To be a legitimate asset class you have to play by the rules. The real story is the regularization of Bitcoin, a cryptocurrency as an asset class. If there are enough people, then the market exists and it will need to be governed. Therefore, the SEC will have to step in eventually with rules. Perhaps also the CFTC.

Why do you think Ohio was the “first mover”?

Just like the manner in which Wyoming was the first with legislation to become a crypto friendly state and Delaware is so dominant with corporate filings, these are all different forms of regulation, and money is made from taxes for governments through filing fees and the like. If the feds aren’t taking a role then the states move in. Ohio saw an opportunity for a competitive advantage and went for it. It’s an example of how different levels of government exercise their sovereignty, which includes tax raising. It’s a social contract and Ohio businesses are saying they are willing to pay part of it in virtual currency, which is a paradigm shift.

Which US states are most likely to follow suit?

It’s difficult to tell. Different states will have different incentives. For Ohio, accepting crypto is a strategic advantage and a way to advertise that Ohio is committed to functioning in this new space.

Which countries are in the lead in terms of cryptocurrency adoption?

While not necessarily a good thing, countries that have tokenized their national currencies include Venezuela and Iran. It’s a brand new world fraught with danger and opportunity. Both of those countries’ cryptocurrencies are suspect at best – nefarious opportunism to skirt U.S. and other international sections. Other countries such as Estonia, Singapore and Malta are all also interested in making smart regulations to attract investment and incorporation in their respective states.

What part does retail adoption play in the displacement of fiat entirely?

Retail is going to be completely transformed, but there is going to have to be more diversity than just Bitcoin. 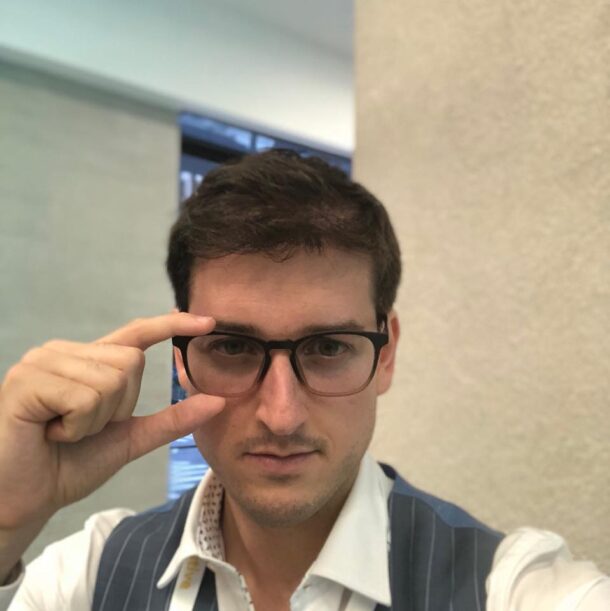 Jordan Frenchhttps://jordanfrench.org
Jordan French is the Executive Editor of Block Telegraph. He is a multi-media tech journalist on the editorial staff at TheStreet.com and a Fast 50 and Inc. 500-ranked entrepreneur. He is the founder of Notability Partners and the co-founder of BNB Shield, Lisbon Hill Farms, Status Labs, BeeHex, BlockTelegraph, and Grit Daily. A biomedical engineer and intellectual-property attorney, French is the author of upcoming book, The Gritty Entrepreneur.
Journalist verified by