Would GameFi Become Relevant in 2022?

GameFi is currently one of the major drivers of cryptocurrency and blockchain adoption. No one would easily ignore the massive traction GameFi innovation gained in 2021.

GameFi is a new trend in Web 3.0, as it enables players to earn, yet free to play games to run on top of blockchains like Tron and Enjin.

Players now have a chance to earn unique NFTs, which they can wear as gadgets in these games and can even be carried across separate gaming platforms so long as they run on the same blockchain.

👊Get in an AI vs human competition metaverse with @codyfight – new on https://t.co/IYrBuYITfq Aggregator

However, speculations are rife as to if such a boom will continue in 2022. In other words, what is the fate of GameFi in 2022?

How did GameFi Start?

CryptoKitties, an Ethereum-based crypto game, allowed users to purchase, collect and breed virtual cats. They could also sell them as non-fungible tokens (NFTs) for triple the initial cost.

The highest Crypto Kitties sale occurred early September 2021 when a cat (Founder Cat #40), also part of the first 100 Crypto Kitties released, sold for a whopping 225 ETH, valued at $577,305 based on current prices.

An earlier $140,000 sale in 2018 triggered the flurry of attention that invaded GameFi. GameFi has exploded since then, becoming one of the most valuable blockchain sectors.

The catalyst for such massive growth is the play-to-earn business model, which most blockchain games have adopted to reward players for their efforts and commitment. 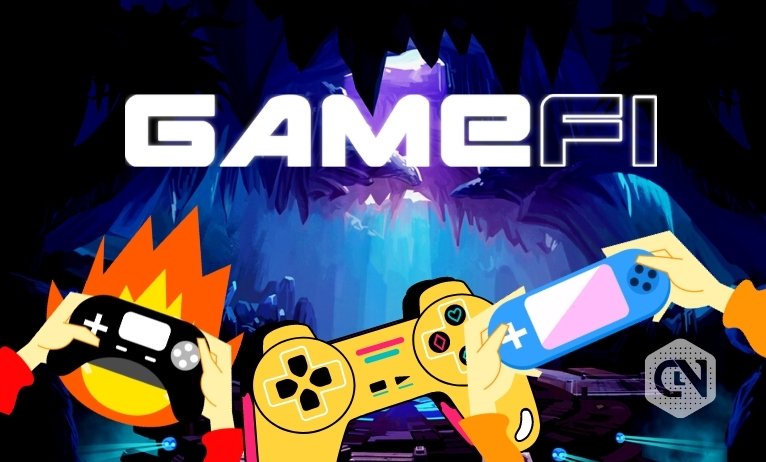 Role of the Play-to-earn Model in GameFi

The play-to-earn business model is an initiative designed to incentivize gamers. Before its emergence, the multi-billion-dollar global gaming industry ran on a pay-to-play structure, after which a transition to the freemium or free-to-play model occurred.

Just like the pay-to-play model, the freemium structure had its shortcomings. Players or users were shut out, such that the only incentive they had for playing games was the thrill of crossing levels in the game or defeating other players.

While the pay-to-play structure still exists in traditional games like Fortnite, the play-to-earn business model is more recognized and has witnessed wider reception. Axie Infinity, Crypto Kingdoms, SplinterLands are some examples of modern games running on the play-to-earn model.

Play-to-earn (P2E) games prioritize the community of players, unlike traditional games, which give developers the upper hand, including the power to manipulate gameplay against players.

Ethereum founder Vitalik Buterin was a victim of such arbitrary control in the game World of Warcraft after its developers stripped his favorite warlock, Siphon Life Spell, of its damage component.

The incident informed his resolve to correct the ills of centralized systems through Ethereum— a decentralized network that pivots the play-to-earn mechanics to date, especially in games like Axie Infinity.

Play-to-earn games combine relevant technologies such as cryptocurrency, blockchain, DeFi, NFTs, and the most recent, Metaverse, to offer gamers the best experience. This includes earning crypto tokens and NFTs as rewards. Interestingly, the tokens and NFTs players earn are tradable on secondary markets, serving as a source of income.

In the South Asian continent, play-to-earn games have become a major income generator. Other continents are playing catch up in mass adoption, which is inspired by the idea that gamers or gaming enthusiasts can have as much stake as developers within a game’s ecosystem.

The incentivization model is attracting a horde of gamers and developers to the world of blockchain and cryptocurrency, including NFTs.

Play-to-earn has set the stage for more possibilities in the gaming industry. Experts predict a market value of above $300 billion by 2027 for the industry.

It is not difficult to see how the P2E model will massively contribute to the expected valuation, given the adoption rate. While blockchain adoption is still at an early stage, one of the catalysts that will drive further adoption in 2022 is GameFi or the play-to-earn model.

Godwin Oluponmile
Godwin is a blockchain and Web 3.0 enthusiast. He finds pleasure in talking about the latest trends in the blockchain ecosystem.