DESICO has announced its plan to conduct its own security token offering (STO) commencing on November 8, 2018. As earlier reported by BlockTelegraph, the startup indicated that it would start its crowdsale in November. During this period, investors will be able to purchase DESI tokens.

Based in Paris, France, and in Vilnius, Lithuania, DESICO is a platform that enables the issuance and trading of tokenized securities in full compliance with the EU laws. DESICO will operate under crowdfunding law, financial markets law, and the EU’s e-money directive for the Republic of Lithuania, which allows authorized entities to issue tokenized securities in order to raise capital.

The company relies on the STO fundraising model since security tokens represent safer and more valuable instruments compared to ICO based utility tokens. For this, DESICO passed through several regulatory filters, finally securing the required licenses for its STO, in accordance with EU member state laws. By leveraging the financial brokerage license through the acquisition of a brokerage services firm, DESICO is free to issue security tokens to raise capital for its business.

During the crowdsale, the company will release Revenue Participation Note (RPN) units, which will provide quarterly payouts to investors. The RPNs, which represent a type of security token, won’t provide any ownership rights in DESICO, but will allow token holders to receive quarterly payouts that constitute 12.5% of the company’s revenue. There will be no cap on revenue-based payouts for holders. Thus, the RPN security model enables investors to benefit from DESICO’s profit and growth.

To operate within the legal framework, DESICO will conduct its STO on its own platform under a joint venture with its EU-based brokerage, crowdfunding, and e-money license holders.

The rationale behind DESICO’s move is to show potential clients that the company is pursuing the same business model as the one proposed for users. The team intends to prove to the public that it has great confidence in its own product and system.

Laimonas Noreika, co-founder and CEO of DESICO, stated, “Out of all the security token platforms, we are the ones who are doing our STO the same way that we promise we will do for our clients, who will be eligible to do the same in the future. Securities will bring more value and more protection for you – investors. Our DESI token is constructed to share 12.5% of any revenue that DESICO makes.”

The STO event will be conducted in three stages. The first stage is the pre-sale, which will commence on November 7, 2018, with a token price of $0.98, targeting a cap of $1 million. During the second stage of the crowdsale, the token price for the first part will be $1.07 while the second part will be $1.09. The crowdsale will begin in January 2019, with a hard cap of $5.75 million. The hard cap is the third and final stage where the security tokens will be sold to institutional investors at a price of $1.15.

Investors planning to take part in DESICO’s STO event have to consider the know-your-customer (KYC) and anti-money laundering (AML) requirements. And according to current US laws, only accredited investors can join an STO. 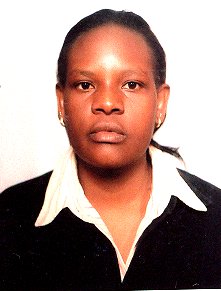 Grace Muthoni
Grace Muthoni is a Staff Writer for Block Telegraph. She is a Crypto Enthusiast and covers topics relating to the digital currencies and the Blockchain. She studied Economics and is well vested with numbers, statistical analysis, data presentation and quality content writing.