Alex Dupre, a nom de plume of which more explained later, has always enjoyed computer science and technology. He started off as a young boy with an Atari ST, programming in a BASIC dialect, which naturally led to a degree in computer science. After college he joined a security company which specialised in cryptography and digital signature.

In fact, his first brush with cryptocurrencies was when he reverse engineered the Ripple wallet and discovered a security vulnerability. Little did he know it, but he was going to be hooked very soon.

Back to his name which derives from an RPG game in the 90s. He started using it as a nickname and now it has stuck. In fact, he prefers it to his given name and uses it everywhere.

As an early adopter of the XRP Ledger, with its pioneering integrated DEX, he came across Flare Network. The idea to provide smart contracts functionalities to non-smart contract       chains such as XRP and BTC was very intriguing. That idea evolved into “connect everything”, and if Flare will really become a hub for bridging assets in a safe way, then there cannot be a better platform for a DEX, according to Alex Dupre.

Additionally, the fast block creation and block finality of Flare (few seconds) is perfect for a DEX that requires speed of execution, and it also reduces the possibility of front running trades, a characteristic that is highly exploited on Ethereum.

It was at this stage that Alex Dupre decided he wanted to build a decentralized exchange. He argues, accurately, that centralized exchanges are not transparent, they are hacked regularly, they can go bankrupt, and users can lose their money.

“Of course, they are useful for cash-in/cash-out, but that should be their main use case, money should not be left on them. Decentralized exchanges are still not perfect and cannot guarantee the same speed of execution of centralized exchanges, but it’s an acceptable trade-off for the added benefits,” he says.

A successfully operating DEX with open source access, full support of any currency pairs and integration of the Flare Time Series Oracle (FTSO) system, will be integral to managing the high liquidity of various blockchain interoperating on the network.

“This type of DEX, of which BlazeSwap is a very popular implementation, allows Flare users to participate in network activities (FTSO delegation & rewards, cross-chain incentive pools) as well as providing liquidity to a DEX concurrently – users really benefit from these features.”

The lack of security with centralized exchanges is clearly exemplified by the recent collapse of FTX and while Alex Dupre knows that DeFi is not risk free, he also knows it is much more transparent.

It’s not as if Alex Dupre is infallible, he experienced several failures of exchanges and lending platforms in the last decade, and sometimes lost money himself, so he understands the pitfalls of trusting centralised operations.

“Flare employs a technology called the State Connector. This is a system that can acquire data from external sources, and in particular from other blockchains, in a trustless way and bring it onto the Flare chain for use in decentralized applications. In this way, the smart contract can verify the token has been transferred onto the other chain and the requisite token issued to the user.”

Alex Dupre maintains that BlazeSwap has a number of advantages over DEXs on other chains as the code is completely open source and has been audited by a security firm.

“This is important because a DeFi project that doesn’t publish its source code is not much different from a centralised exchange.”

When asked why no token, Alex Dupre inverts the question.

“Why a token? There is nothing that a new token could do to make our service better. One of the features of BlazeSwap is its immutability, so there is no need for a governance token. Most governance/utility tokens created in the past were just a way to attract liquidity or even steal liquidity from other DEXs.

“It’s an easy way to make money, for the creator of the token. We want to attract liquidity because we hope to be the best DEX on Flare, not because we offer a token of questionable utility that may increase in value.”

From the point of view of the trader, BlazeSwap works very similarly to Uniswap V2, so users familiar with it will have no problem in using BlazeSwap. It’s based on the same Automated Market Maker model.

However, compared to Uniswap, the user experience is superior because of the possibilities offered by Flare (block creation speed and transaction finality) and for the better support of deflationary tokens.

For the liquidity providers there are a lot of Flare-enabled features: they can participate in the FTSO system, voting for an FTSO provider and claiming their rewards (in addition to the fees generated by trades). They will also be eligible to receive the FLR distribution that will continue for 36 months, if the FIP.01 governance proposal will pass as expected.

This deep integration with the Flare components is probably the main reason for which users may choose to use BlazeSwap over other DEXs according to Alex Dupre.

“Other reasons include the fact that the smart contracts have been audited, we are open source, we are very close to the Flare community, and we try to listen to our users and implement all the features which they are asking for.

“And, at least for a few months, we are not going to charge any fee to use the platform.”

After a couple of months on the Coston test network, BlazeSwap just launched on the Songbird canary network to expand its user base ahead of release on Flare’s mainnet chain in early 2023.

To find out more, find the DEX here or visit the website here 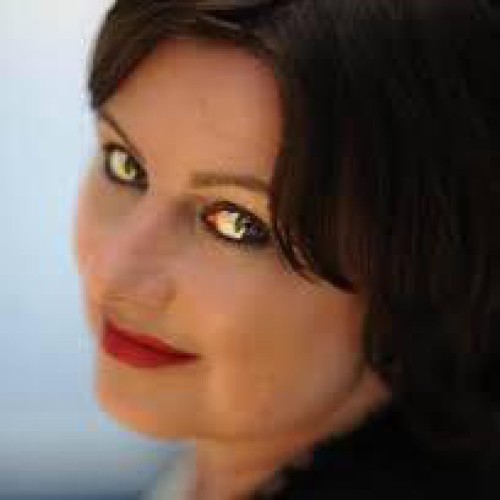 Jill Godsilhttp://www.blocktelegraph.io
Jillian Godsil is a journalist, broadcaster and writer living and working in Ireland. She changed the law in 2014 to allow bankrupts to run for public office. She ran for Europe and earned 11,500 votes with a null budget and as an independent. She ran on an anti austerity ticket.Jill Godsil is on the editorial staff at BlockTelegraph. She is editor in chief of Blockleaders.io and freelances for many more. She was awarded the 2020 Uptrennd Blockchain Journalist of the year, 2019 CC Forum AI and Blockchain Journalist of the year, 2019 nominated for an IMRO award for her EastCoastFM radio show and she is considered one of the top 100 people in Blockchain globally.