Are We Watching The Death Of Banks? Interview With Author Steven Boykey Sidley

Bitcoin disrupted global financial systems and added a new asset class to our economy. Today, cryptocurrency and DeFi technology continue to redefine and rebuild finance from the ground up. Many new and existing companies are beginning to incorporate DeFi protocols into their own systems to take advantage of the many utilities and securities provided. It’s entirely possible that these new systems will eventually replace the old ones, and banks as we know them will end.

I interviewed author Steven Boykey Sidley about his perspective on the history of DeFi, the current state of affairs, and what the future holds. We spoke about his career, his new book, Beyond Bitcoin: Decentralized Finance and the End of Banks, how the task of writing was split between himself and co-author Simon Dingle, and why they chose to write it. We also spoke about the state of the industry, how we should approach and build DeFi, and other ways DeFi can help.

Steven has worked extensively in technology and finance and is an award-winning novelist, playwright, and columnist. An American citizen, he currently lives in Johannesburg with his wife and their two children. Steven possesses an MSc in Computer Science from UCLA and is currently a partner with Bridge Capital.

Kurt: Can you tell us a little about your co-authored book and what it brings to the table?

Steven: My co-author Simon Dingle and I have been deep into crypto for a long time, at a fairly technical level. It had become evident from about mid-2020 that a new phenomenon beyond cryptocurrencies was exploding into a Cambrian period, and that was Defi, which we believed was destined to become transformative, perhaps more than Bitcoin.

We did an unscientific poll at the beginning of 2021, and few people, even in banking, had heard of it. By mid-2021, everyone had. But there was a gap between the tech bros who were really deep in the weeds and the rest of us who needed to understand what Defi was, how it worked, and what its portents were.

This book fills that gap. We track the entire history from 2009. Bitcoin, Ethereum, the first Defi projects, the personalities, the projects, who wins, who loses, the many headwinds, and the even more interesting tailwinds, and the future.

Kurt: How did your career and experience inform the writing of the publication?

Steven: Simon had been involved in crypto from 2011 and had been on the founding teams of Luno and the UK payment company Curve, as well having written a book on Bitcoin some years back called In Math We Trust. I have been in deep tech all of my life, as well as being an award-winning novelist and columnist. I also was CTO on one of South Africa’s first blockchain projects in 2017-2019. So all the stars aligned for us to collaborate on this project.

Kurt: Can you tell us who worked on what parts of the book between you and Simon?

Steven: Simon and I structured the narrative and chapter outline together. I did most of the writing and then passed the individual chapters to Simon for technical polish and editing. It worked well.

Kurt: This book is different from your other published works. Why did you feel the need to branch off?

Steven: I have written five novels, a play, many columns, and a couple of one-man shows. I have read non-fiction hungrily all of my life. So it was not a huge leap. Although the discipline of getting the fact right was, er, more exercising than writing fiction where I simply could make up stuff. As for the future, perhaps another non-fiction book first, and then maybe a return to novels. But fate will lead me, I suppose.

Kurt: Is it fair to say that the DeFi space is still extremely fragmented despite the benefits it offers?

Steven: Yes, but ever less so. There is, usually, an excellent collaboration between the original founders and many developers, notwithstanding some unfortunate scams and rugpulls, the source code is obviously open and innovation is still flaming hot. I would say that we are in the very early stages of maturation, particularly when banks and regulators become more comfortable with the space. In 5-10 years’ time, DeFi will simply be part of a larger financial landscape and will be absorbed by most global financial institutions. Those that don’t will cease to exist.

Kurt: How can we safely adopt the DeFi industry without falling back on centralization and third-party interference?

Steven: There will always be some centralization. Not at the network or dapp layers which are by design decentralized. But probably at the border between the blockchain applications and the average citizen, who is not interested in learning bewildering new software and jargon, even if they are accompanied by great user experience. Trusted intermediaries, perhaps banks, will be there for most people, and that is a necessary centralization of authority. But those walls will be permeable – those willing to do the work to learn the workings of this new machine can be completely decentralized and anonymous.

Kurt: Aside from finance, what other areas do distributed ledgers have the potential to disrupt? 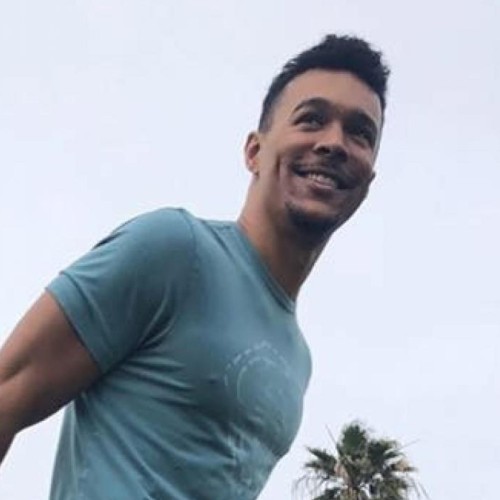 Kurt Ivyhttps://www.splytcore.org/
Kurt Ivy is a contributing writer to Block Telegraph. A prolific writer, he is a contributor to Entrepreneur, content writer for Splyt and Gamerse, marketing advisor for Altar and Sapiens, head of content at Crypto PR Labs, and CEO of his own company Coffee Nova. Ivy is a philosopher, futurist, writer, and entrepreneur.